Gorge Skip gets Link to the Kakariko side of the Kakariko Gorge without warping the bridge from N. Faron. This is useful because warping the bridge involves long cutscenes and requires beating Forest Temple and clearing Faron Twilight, both of which can otherwise be skipped in any%. Gorge Skip is done by getting over the fence to the left of the warp portal, navigating around to the cliff, and then using an LJA to get over the gorge. There are a few different methods to get over the fence.

After defeating the Kakariko Gorge twilight messengers, there is a single frame before Midna forces Link to warp to Faron. On this frame, jump attack into the gorge to make Link respawn at the area's entrance, which is outside Midna's text trigger. This makes it possible to perform Gorge Skip and get to Kakariko Village without backtracking from Faron.

The input frame is when the circular part of the portal is at the top of the rendering. There are many different visual cues that can be used to time inputting the jump attack on this frame. 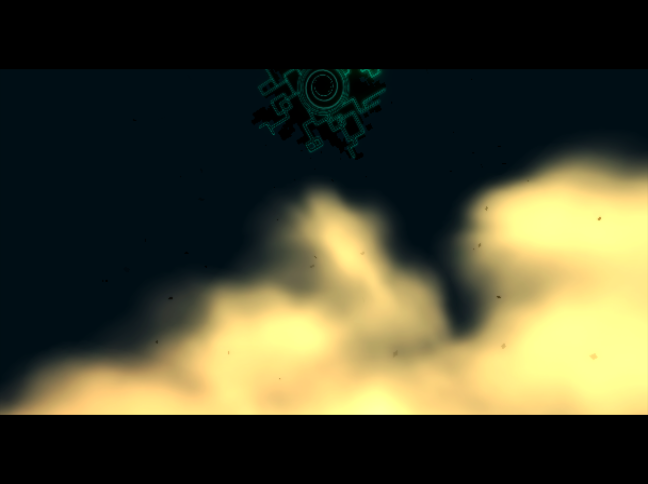 It is slower but can be more consistent to attempt Gorge Void as human. To do this, transform human before killing the final shadow beasts, and have the iron boots equipped on X or Y. Hold L and mash or time A and X/Y inputs to try to get Link to either jump attack or put on the iron boots on the Gorge Void frame. Immediately after the frame has passed, press start to pause. If the pause screen comes up, then one of the buttons was pressed on the Gorge Void frame: - If Link is making his jump attack sound, then the A press was successful. Unpause and void. - If Link is not making his jump attack sound, then the iron boots equip was successful. Savewarp instead of voiding. This costs around 23s but is faster than failing Gorge Void.

It is also possible to avoid the forced warp to Faron with a frame perfect bottle press after selecting the warp point. The drinking animation cancels the warp, gives Link the ability to map warp as normally acquired from this Midna text, and enables Map Glitch, meaning that a savewarp is necessary to progress.

This is the fastest method of Gorge Skip. It requires not having seen the yellow rupee text box (or blue rupee text box for the backup) already within the current play session.

If failed, Rupee Roll can also be done with a backup rupee in another dig spot nearby. This rupee's color is determined by RNG, meaning it may not always be usable.

This video explains how the roll on top of the fence works.

LJA over the gorge

LJA over the gorge tutorial

Backup for not clearing the fence

If Link lands on the other side of the gorge but not past the fence, proceed as shown in this video.

It is possible to bomb boost over the fence using Epona. Line up next to the fence with a slight angle facing towards it, pull out a bomb, and hold forward during the 6th flash. LJA across the gorge as described above (skipping the sidehop portion of the setup).

It is possible to get over the fence without explosives or Rupee Roll. Line Epona up next to the fence with a slight angle away from it, then tap back on the control stick to make Epona rear up. When Link starts to rise up, backhop off (R + A) and press B to jump attack immediately after. Link should slide on the fence and land on the ledge. LJA across the gorge as described above (skipping the sidehop portion of the setup).

It is possible to Epona Slide over the gorge without the bridge being present. This is commonly used during the wagon escort.

This method is the slowest but can be done using only the boomerang.

Once you past the post, Link should fall over the fence at some point. Stop mashing once Link starts to fall over or else Link will jump attack down to the shadow beast area.