There are many types of movement in Twilight Princess and of course they all have different speed values. Some movement types have a short acceleration delay, so most of the listed values are the maximum speed attainable. These values were found by looking through the memory addresses for each type of movement.

Continuous rolling is often the fastest form of movement as human Link for RTA speedruns. Every roll lasts 20 frames. Maximum roll speed is 32.9 units/frame (u/f), and maximum running speed is 23u/f. On flat ground, a roll from a standstill or very low speed will be at 25u/f, and, if chained frame perfectly, the following roll will be 29u/f, and then all following rolls at 32.9u/f. However, roll speed depends on running speed into the roll; a first roll from max running speed (23u/f) will already be at max roll speed (32.9u/f). It is possible to press A and get a max speed roll after


Running or rolling up or down a slope will decrease Link's speed, and optimal roll chain timing depends on how the set of rolls begins.


When starting from a standstill, it is faster to roll > walk for 3 frames > then time frame perfect rolls than to simply chain rolls from the starting speed. As mentioned above, DF-walking for 2 frames before rolling is the fastest way to reach maximum speed from a standstill, but it is hard to execute well enough to save time RTA and is challenging or impossible when there are targetable objects/enemies nearby. The following graph compares some popular movement options. It is important to note that optimal movement choices depend largely on context, as it is very uncommon for the goal to be to reach a load zone with no door with no obstacles and on entirely flat ground. 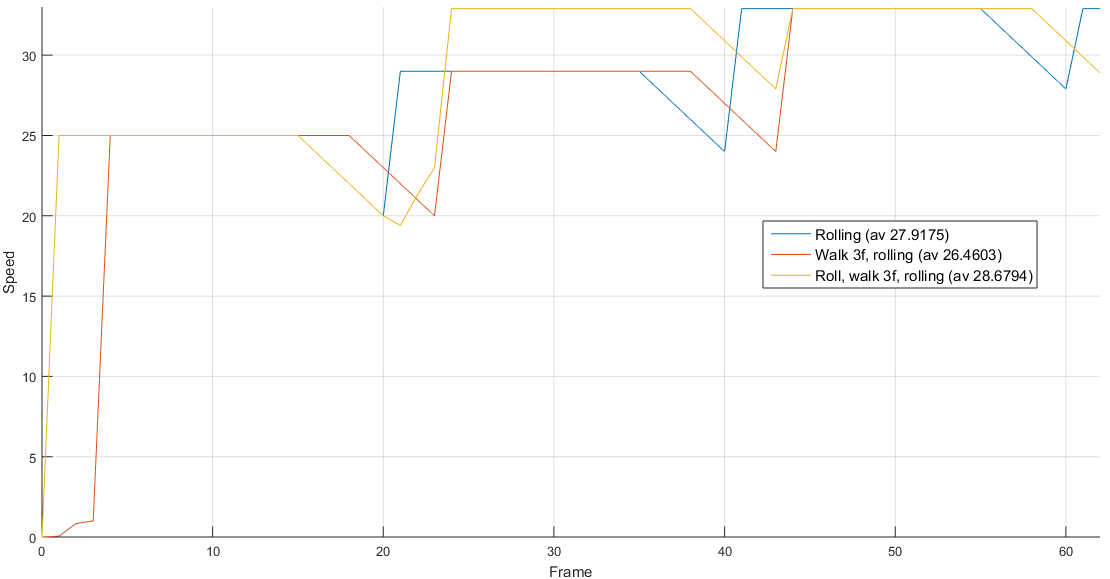 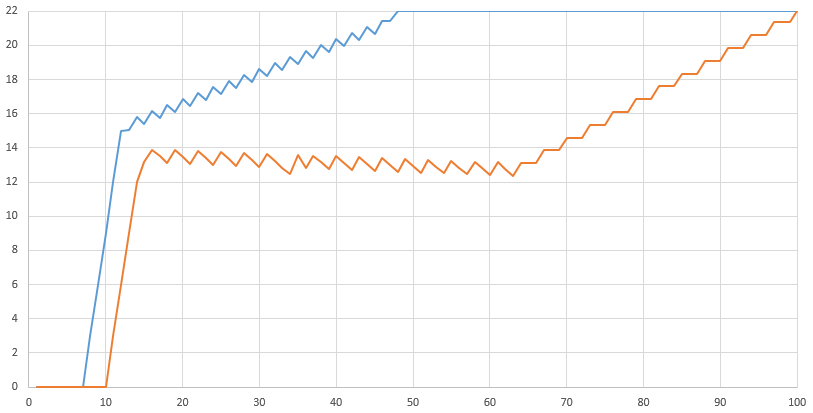