Information presented sourced from Taka (Wii combo by Lunar Soap), not necessarily discovered by these individuals.

Note: These are done after the game has crashed and do not work prior to crashing. These do not un-crash the game but can be useful to view the data from the crash, potentially allowing for debugging unknown crashes.

If you mess up the inputs prior to Step 4, performing Step 4 will reset all counters allowing you to start again. If you were successful, the crash debug screen will show up immediately after performing the inputs in Step 4.

Once in the crash screen: - [Start] will show more data (A on Wii) - Z will show the direct console print (Home on Wii)

The input combo requires JUTExceptionManager being valid (aka a crash) - thus if a game crash fails to trigger this you will be unable to pull up the crash screen. This also means indefinite loads are unlikely to allow this screen as well.

If You get grabbed at the same time the rider dies the game crashes, likely because both the rider dying CS and the throwing animation require the kargarok. This is only possible as human underwater using the Iron Boots, because the rider is invincible to everything except water. It is possible to have the bird dive under and grab you without being deep enough to kill the rider, the game would not crash in this instance.

There are a few instances where you can drop an item you carry in one hand without the game knowing you have dropped it, this allows you to then throw something you are not carrying and hence the game crashes. This can be done by either holding a small piece of sign, which you have broken into pieces, or with a bone in castle town. You must drop them by either using a bottle filled with something, for example a fairy or water or oil, or you can use an item which provides a CS such as Ashei's Sketch and Ooccoo's note. Dropping a one handed object in this way causes link to drop the object however you can still throw it as shown by the UI.

If you die after entering the Hyrule boss door, you are able to open the boss door again from behind. This results in a crash 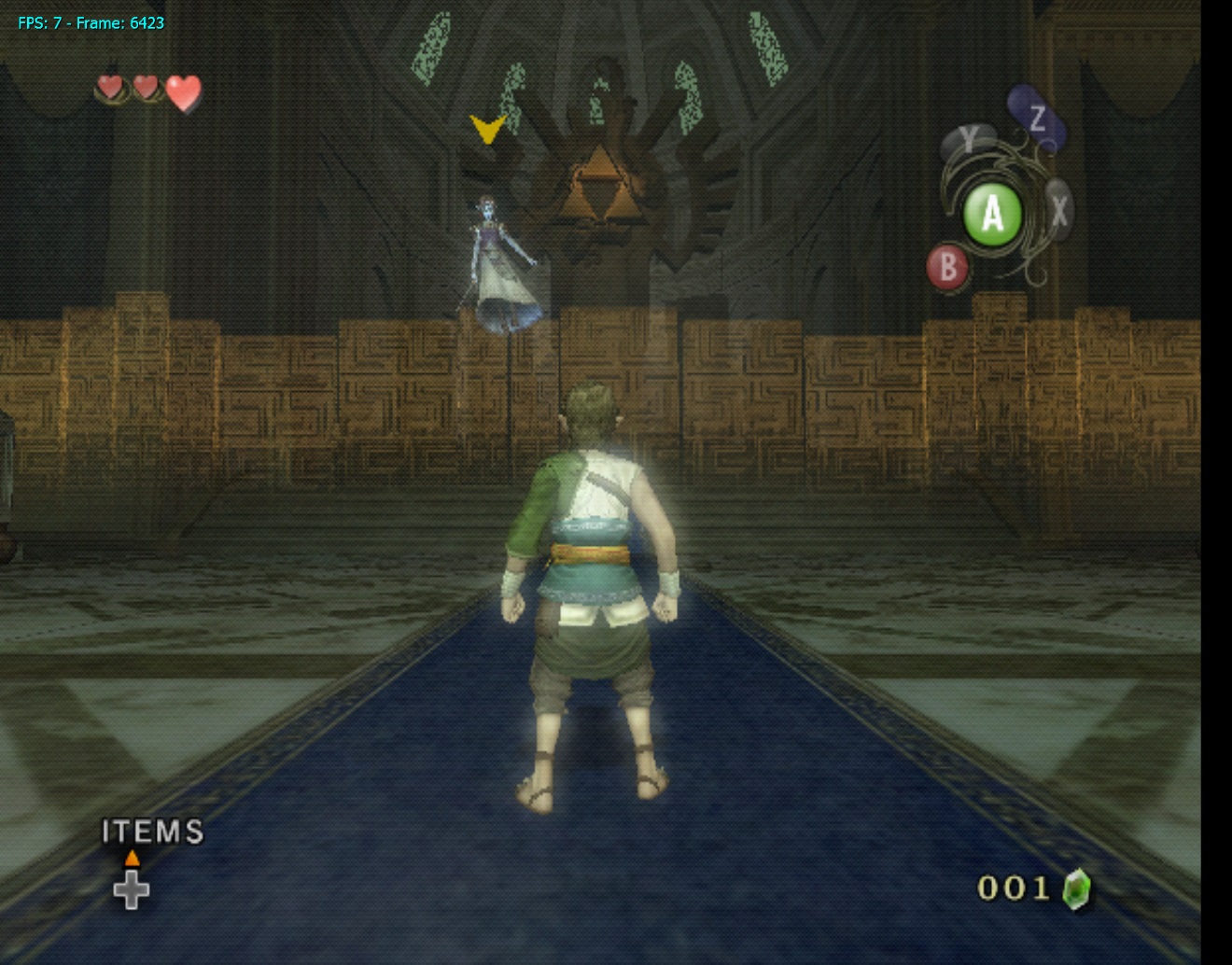