In a select few rooms, it is possible to store a merge location near a wall, move away from it and merge into a wall near the stored location while standing in specific other places in the room. The areas in which the glitch works contain certain rectangular regions, which we will call merge rectangles. The invisible "walls" that surround those rectangles represent the exact places where you can trigger the merge warp and be teleported to the previously stored location.

Failing to press A at the correct time will cancel the glitch and a new merge location will have to be stored.

This trick currently has no use. It might be possible to pull it off in some other areas not known as of now. 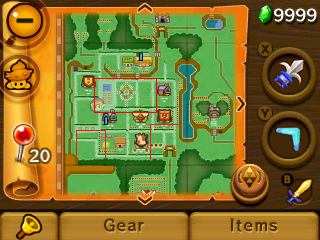 The southwest rectangle has only 3 invisible "walls" that can be used for the glitch, the fourth one most likely being past the trees to the south. Similarly, the southeast rectangle only has 2, the other 2 being unreachable due to the transition zones between Kakariko and the other overworld maps. 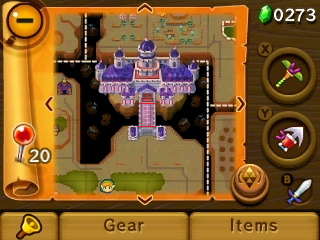 Only two "walls" are available to be merged on and are at the beginning and end of the bridge. 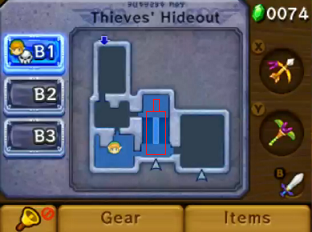 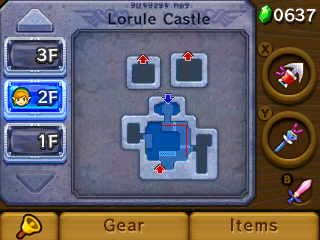 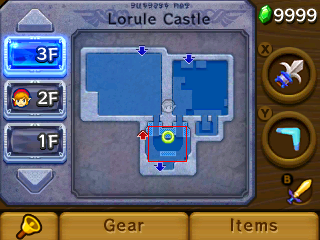 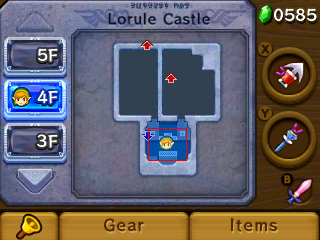 The 2F rectangle appears to have no accessible west and south "walls". Although it is possible to stand into the 4F rectangle and fall down directly into the 3F one, doing so will cancel any location that might have been stored previously on 4F.