Note: This route does not get the Master Ore

Throwing 4 bombs directly on Gemesaur's face mask during the first phase will cause it to break. If the bombs hit the mask on the side, they won't do as much damage and more will be required in order for it to break. If you have the Stamina Scroll, it is possible to throw all 4 bombs without having to wait for your energy to refill. If you don't have it, grab one of the Energy Potions from a pot nearby after 3 bombs.

Here's a video of the optimal method for the first phase (with the Energy Scroll):

The second phase is really simple. Hit his head until he takes out the fires, then use diagonal dashes to reach and light up both of them (you won't take damage and he won't stop you while you dash). Finish him up by slashing his head some more. It is possible to complete his second phase in 2 cycles.

In the second room of the Palace, after pressing the floor switch in the north-west corner, it is possible to grab the key from across the room using the Hookshot. To do so, stand in the circular light and aim south. Also, the tile under that light needs to be destroyed in order to complete one of the Palace's puzzle. A common method is to place a bomb, then use the Hookshot to grab the key before finally making your way to the locked door on the north wall. 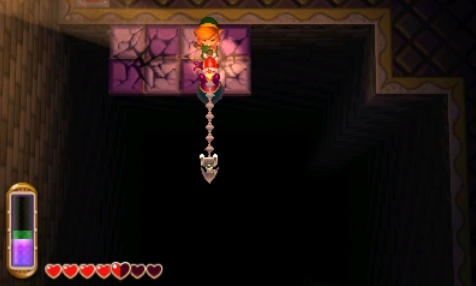 In the first room of 2F, you are supposed to place bombs near switches, and then merge or stand near a certain part of walls when it detonates to access the other side. By standing near those specific walls, and using the Hookshot to activate the switches from a distance, it is possible to walk towards the wall while it is spinning and get past it. This saves having to wait for the bombs to explode in both cases. 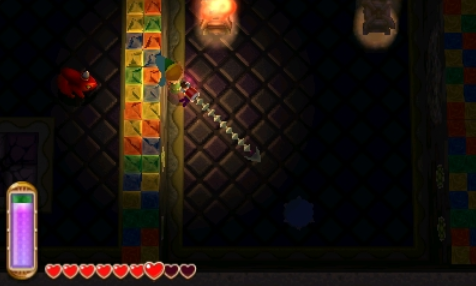 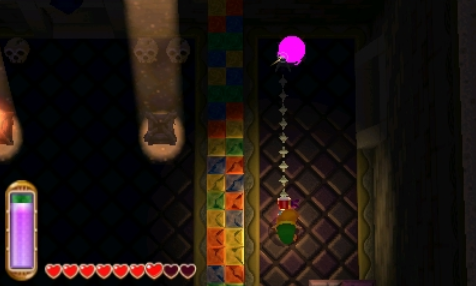 Using Success Skipping, it's possible to skip the scene shown after blowing up the windows planks on the eastern wall. 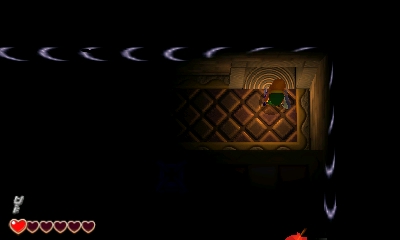 Quick Small Key Grab In B1

In the north-eastern room of B1, it is possible to grab the key lying on the floor in the corner by using the Hookshot. This saves having to walk the path hidden path all the way to it. 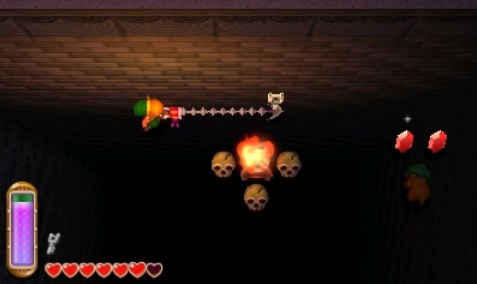 The Ice Rod can be used to drop a bloc and activate an elevated switch on the western wall, which gives access to the Boss Door. This saves getting a small key and having to go out of your way to reach the platform where the switch is placed.

It is possible to throw bombs down the 3 paths all the way from the right side of the low wall, skipping having to take the platform all the way up to the 3rd path, falling into the void to reappear and walking across the whole room to reach the Big Key chest. 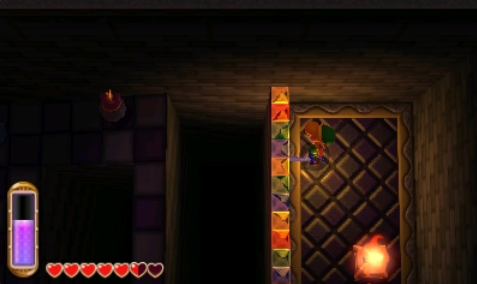