This trick currently has no use in a speedrun

To store the background, you perform the miniboss skip in Tower of Hera like normal, up until 5F or higher. Once there, simply walk out of the tower's walls and fall. As soon as the screen starts transitioning back to 3F, soft reset the game (L+R+Start).

Doing so will then save ToH's background. You can open a file with it still saved and do other things and get some strange oddities.

The most common theory of why this happens is that when you soft reset during the screen transitions, the game doesn't have enough time to clear the multiple rooms it has loaded. The game will then store the background as a result and use up more memory than it should.

The game will crash a lot because of the extra memory usage and will not be able to handle some simple tasks. 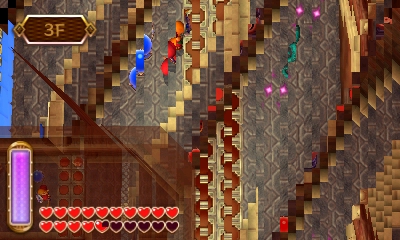 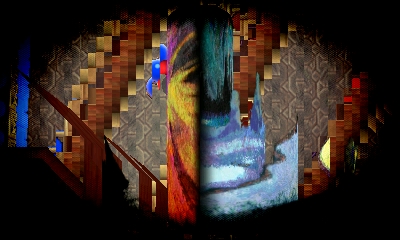 For some reason, using the Hint Glasses while having a background stored will allow you to open menus without crashing the game. The reason this might work is because the Hint Glasses apply a filter to the screen when being worn, so the filter could be temporarily replacing the stored background.

This can be useful if you do not have Quick Equip yet and need to change your items.