There are 6 shrines in the Tabantha region. 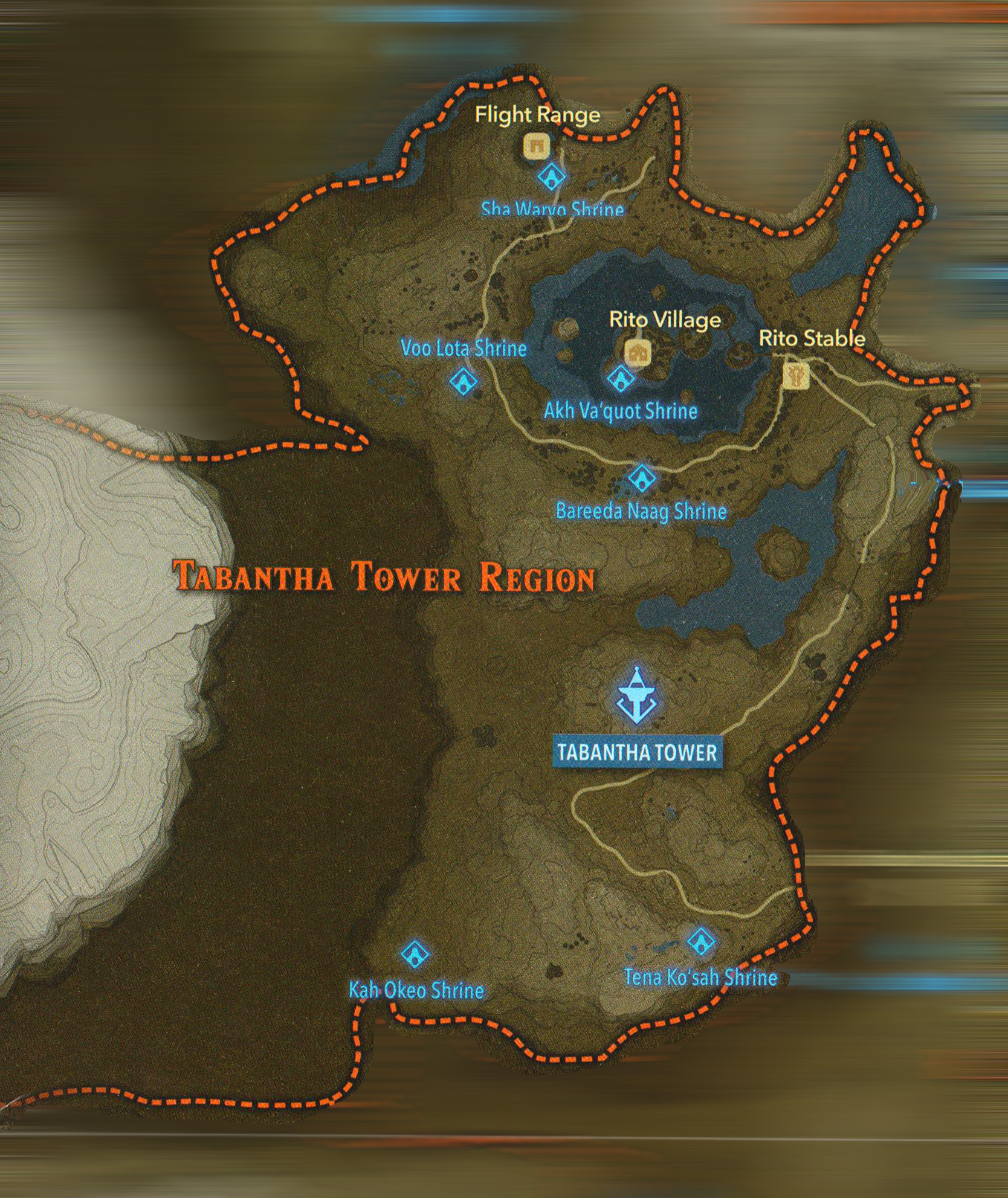 By jumping off of the second windmill from the top right, you can Bomb Boost over the wall to the end.

There are different ways to skip both cannons of this shrine.

Performing a Shield Bomb Jump allows you to skip both cannons. The second one gives you a Diamond that you can keep by saving and loading the save.

With the Paraglider and Shield Jumps

The same thing can be done by gliding to a candle and shield jumping over the wall.

With a Bomb Arrow

You can shoot a single bomb arrow to activate the switch instead of using the cannon ball.

It is possible to skip the key of this shrine, saving a decent amount of time.

Open the first gate of the shrine with a Korok Leaf and activate the next spinning switch the same way. That'll spawn a platform with four balloons attached on it. Use stasis on the platform when it's on its highest spot, and throw a round bomb directed at its center. It will fall through the opening created by the platform and the floor, and right as it does, detonate it. That'll set the stasis direction for the platform as straight up. Get on top of it and wait for stasis to run out. You'll be sent really high up which will allow you to glide directly to the end.

It is also possible to skip the key by getting to the end of the shrine where you can spawn a bomb barrel, grabbing it, placing it next to the fence of the room, jumping off of the barrel and over the fence, and gliding to the end. This method is not faster than beating the shrine the intended way.

If you choose not to skip the key, you can skip activating a couple of switches by, at the entrance of the big vertical room, activating the first switch and jumping right as you get launched up. You'll have enough height to land on a high platform which will skip activating previous switches. This is also demonstrated in the previously linked video, after the key skip.

There is nothing relevant in this shrine. Proceed to the end as intended.

You can get the key of this shrine early by skipping going around it. It requires shooting an arrow at the switch that opens the opening of the floor, since this way the gate isn't gonna lock you up. You'll have enough space to run off and quickly pull out the paraglider. Glide to the key and grab it, then continue normally to the end.