Waterblight Ganon is the dungeon boss of Vah Ruta, the dungeon in Lanayru province. As all bosses, the fight is split in two phases. 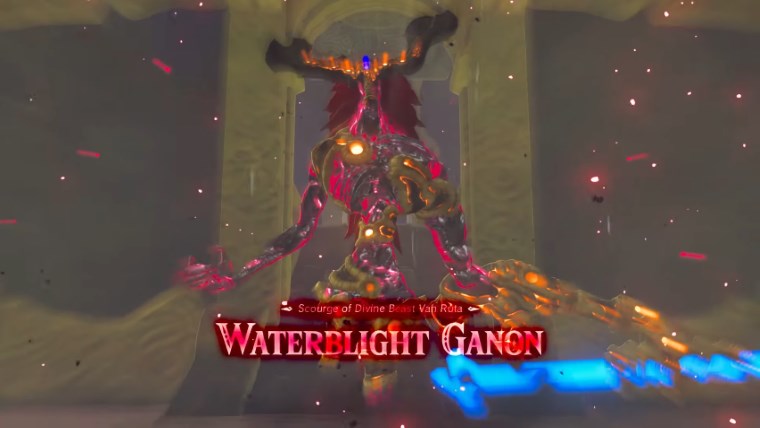 The first part of the fight is pretty straight forward. Get in close and use charged attacks to get him down to the ground.
The only thing dangerous is the bosses spear which you can dodge or (easier) block with your shield. So whenever Waterblight Ganon manages to prepare an attack stop hitting him and prepare for a dodge/block.
After half of his HP is gone, the second phase starts.

The water will rise giving you 4 small platforms to stand on besides the ones you create yourself by using Cryonis.
Shoot his head with arrows to make him fall to the ground, quickly get over (swimming with Zora Armor is rather fast) and charge attacks with your weapon again until the boss is down. Note that Shock arrows are the most effective.