There are 7 shrines in the Hateno region. 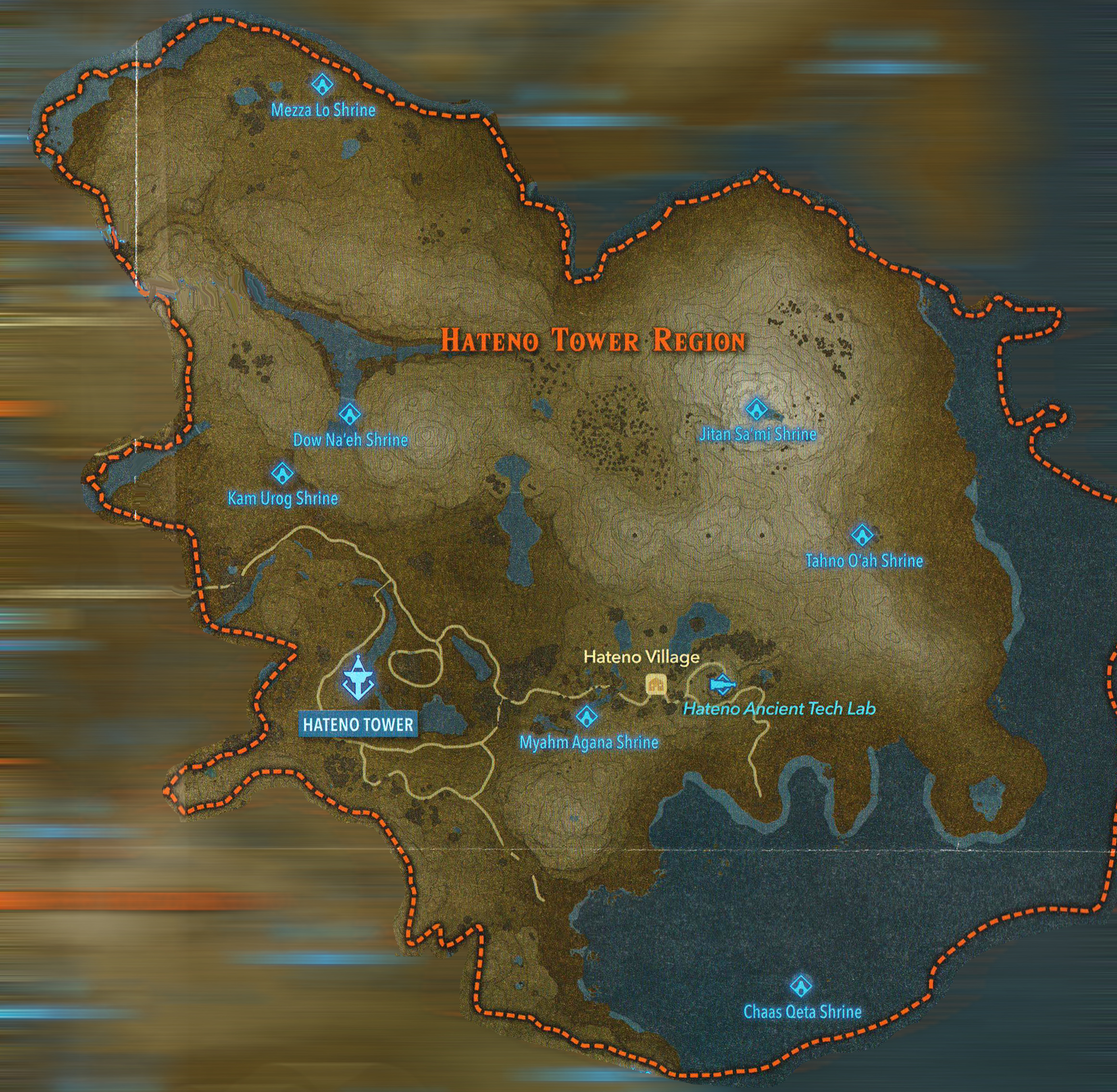 By performing a cryonis shield jump, you can land on the wooden platform holding a chest and jump straight to the end from there.

It is much easier if done from the middle switch.

You can bomb yourself to the higher level with a shield jump boost.

Another fast method to skip this shrine consists on performing a Shield High Jump on top of a metal chest.

Or, a Bomb High Jump to get on top without the need of any chest.

Alternatively, grab another metal chest from the water and place both, one on top of the other, next to the fence you need to jump over. Then jump on top of both chests, make a Shield Jump to the left (assuming you're facing the same direction as the picture below), and run to the end. 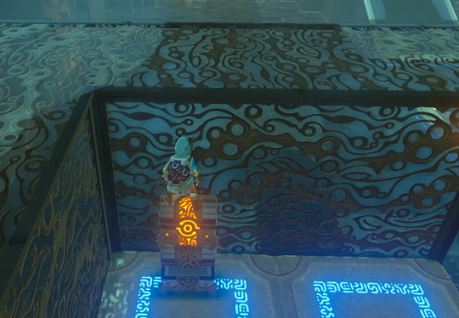 It can be faster to place a bomb to the left of both chests as you're raising up, and detonate it when you're on top of the chests. That way you'll get launched quickly to the end and you'll land right next to it.

This is the fastest way to beat this shrine:

The puzzle of this shrine can be skipped by using stasis on a big metal box and getting over the wall that leads to the end.

This is the fastest way to beat this shrine and doesn't require you to activate the gyro terminal. Place a bomb on the floor (it doesn't matter which), and do a shield jump off of it. It is rare, but done correctly you'll get a very high shield jump.

Remove your shield, glide for a second and (having swapped the bombs) detonate a bomb in mid air. You should get over the wall to the end.

The most important part for this to work is to remove your shield before you start gliding. If you remove it once you've activated the paraglider, the knockback of the second bomb will be much weaker.

The gyro controls puzzle of this shrine can be done quickly by letting the ball roll to the bottom left corner of the platform and rapidly tilting it upwards right as it's about to fall.

However, an easier strategy consists on completely flipping the platform over so that you can freely move the ball to the exit. 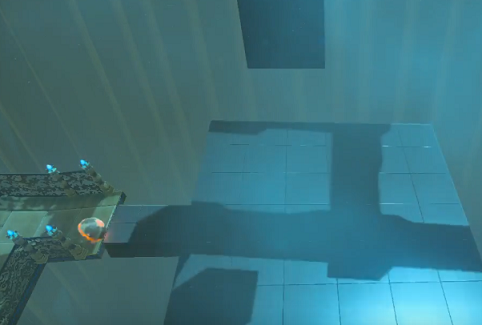