There are 6 shrines in the Gerudo region. 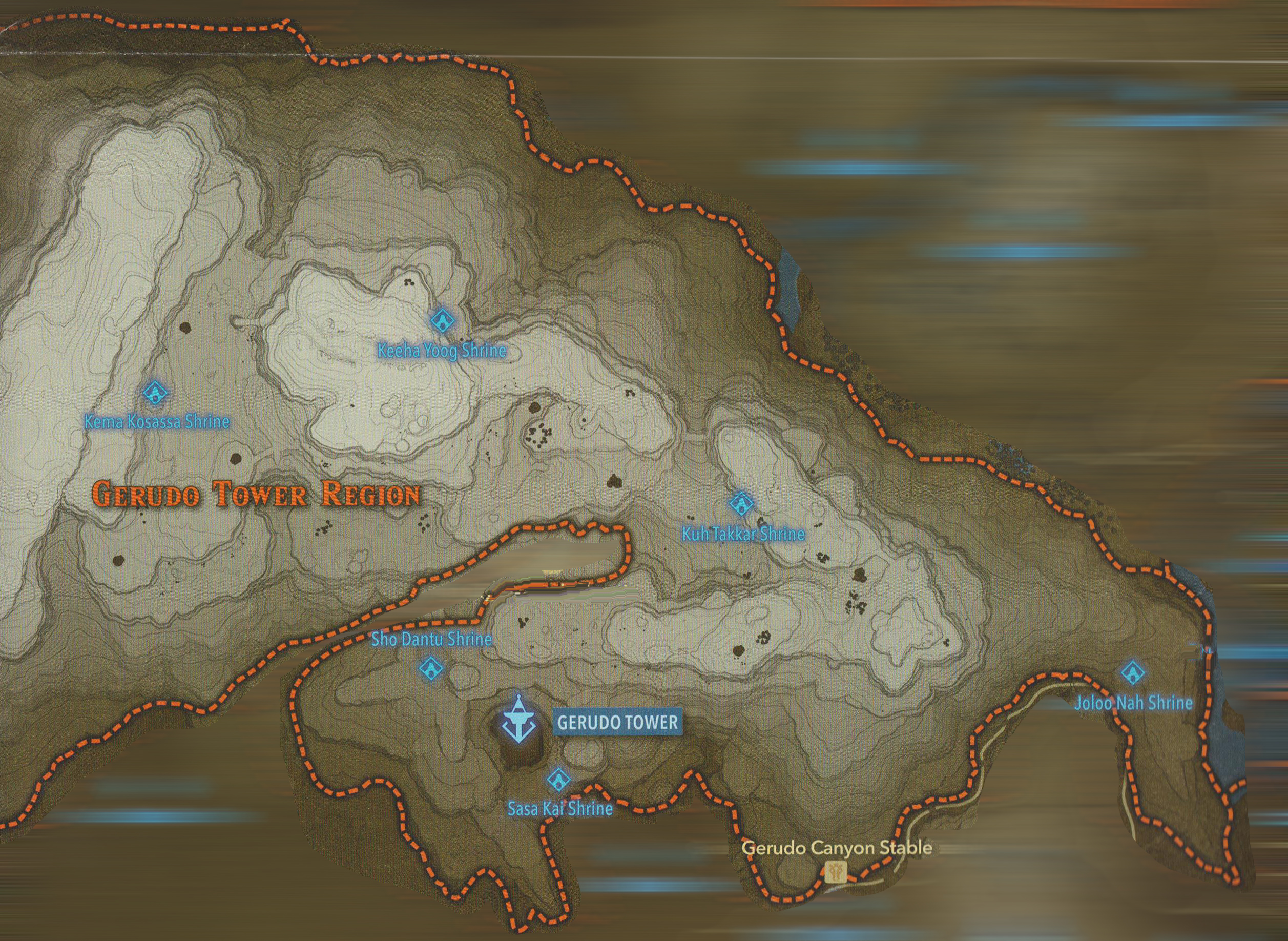 Shoot a single shock arrow at one of the switches of the cube. That'll power them all on.

Position the cube in a way so the only switch that isn't spinning is the bottom right one. Shield jump to the platform containing that switch, position yourself on top of the switch on the floor and keep it activated with Stasis.

It is possible to activate the four switches only using gyro controls as well. 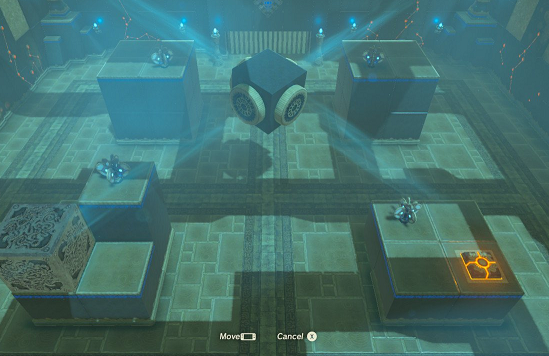 Go straight to the upper right corner of the room and climb up the big candle you'll see. From there, fronthop and use the paraglide to glide to the wall of the ending structure. Run over it and jump down to the end.

Another way consists on shooting a fire arrow to be able to move the metal chest with Magnesis, and then using Stasis on it to get launched to the end.

It is also possible to skip the third terminal with a Bomb Boost. However, this method is harder and slower than the previous one.

If you get close to the ice block, the monk will tell you to bring it to him, which is surprisingly slow. It is possible to skip that by throwing a bomb at a side of the ice block to launch it to the opposite direction. As long as you don't get close to the center of the room, you can pick up the block without the dialogue appearing.

Bring the ice cube next to the stairs to the right and drop it next to the edge. Hit it with a weapon and jump below it to shoot a single arrow at it. Quickly get on top of it to get launched upwards. If done correctly, the gate opening cutscene will activate and you'll be able to reach the end.

This is the fastest method to beat this shrine and requires you to have at least four octo balloons. Place the ice block on the right side of the middle floor, and attach four or five octo balloons on it. Fronthop right after placing them, and you'll rise up along with the block. As soon as you can shield jump to the end, do it. Turn around, stasis the block, and throw two bombs that you'll have to detonate as soon as they get past the block in mid air so that when stasis runs out the block will be close enough to the ending structure to activate the door.

This is a bit slower than using octo balloons since you don't land next to the end along with the ice block.

With the correct camera, let go of the ice block and stasis it. Blow up two bombs in the correct position so that the block reaches the end.

In order to now get to the end yourself as quickly as possible, climb up the ladder you'll see behind you, from there jump to the starting structure, and then perform a Shield Bomb Jump in order to get past the fire. Then run to the end.

It is possible to skip the three puzzles of this shrine.

Head to the left room from the start and place Link on top of the launcher. When you get launched up, glide backwards and perform a Turnaround Bomb Boost. Done correctly you'll go over the fence that leads to the end.

As an alternative you can shoot bomb arrows from the floor in the first two puzzles and beat the third one as intended.

Use stasis on one of the wooden boxes to the left and use it to get launched up to the end.