There are 13 shrines in the Hebra region. 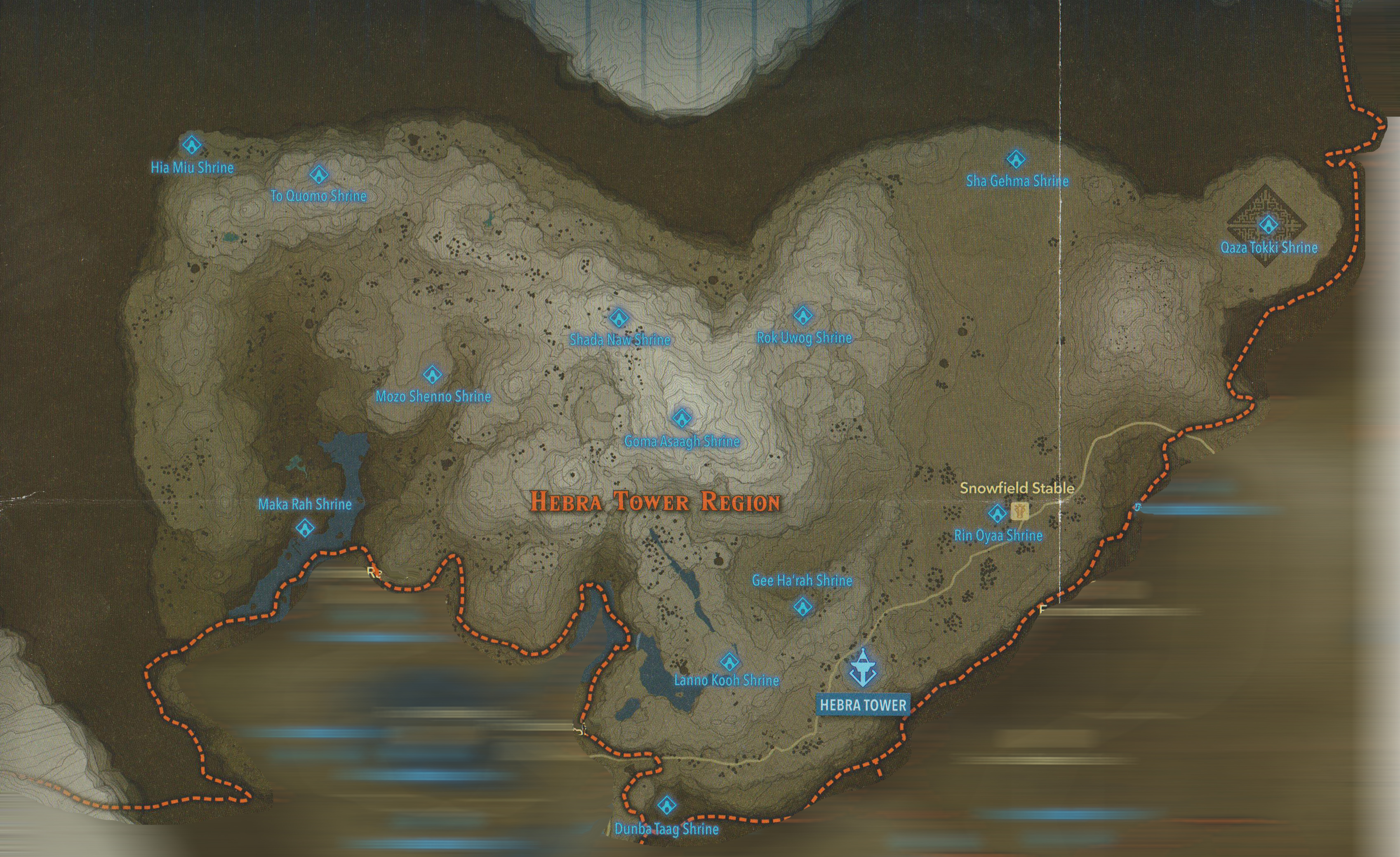 With this method both puzzles of the shrine can be skipped. Use one of the round boulders to fly directly to the end.

With a Wall Jump

You can jump over the wall to the end by wall jumping after a shield jump.

With a Shield Jump Bomb

The result of the previous wall jump can be achieved thanks to a shield jump bomb.

Using Magnesis and a metal weapon, you can push the platform down. 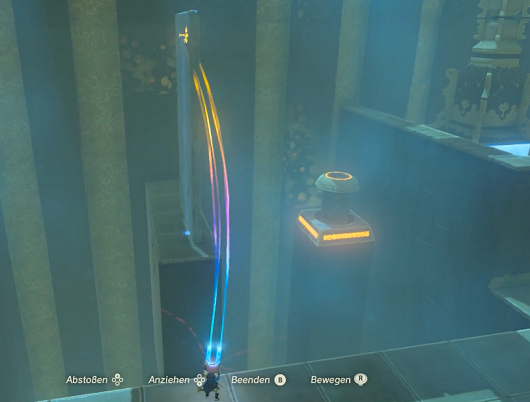 With a Bomb Arrow

Start with beating the first room as intended. Then, position yourself in front of the vertical platform and shoot a bomb arrow at it. That'll knock it over and will activate the switch that will open the door to the end.

If you don't have bomb arrows simply use stasis on a barrel to knock the platform over. 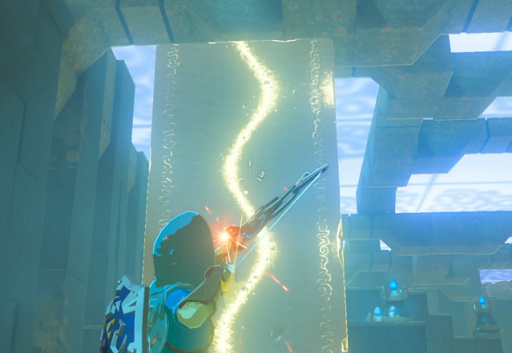 Shield Jump over to the platform that contains the vertical platform. Use stasis on it and hit it with a melee weapon to knock it over. If you hit it five times with a spear, for example, the platform will end up positioned in a way so you'll be able to use it to go straight to the end.

Similar to the previous method, make it to the same platform, but this time use a bomb to knock it over, and before it hits the switch, use stasis on it to reach the end.

Stasis on a Barrel to the End

Once you make it to the second room, place a barrel on top of a bomb, hit it a bit, detonate the bomb and jump on top of the barrel. If done correctly when stasis runs out you'll be able to fly above the walls containing the ending.

Cut the rope to have the round boulder activate the first switch.

There are two ways to skip using stasis on the second boulder.

It is possible to jump over the wall to the end thanks to a lamp and a shield jump.

Using a Savage Lynel Bow that shoots 5 arrows at a time, it is possible to cut both ropes at once. However, obtaining this kind of bow in a run is not feasible.

The second method consists on jumping on and off of a lamp and activating slow motion in mid air in order to be able to shoot two arrows quickly. This is barely faster, if at all.

You can also place octo balloons on the first boulder, get on top of the walls and run straight to the end, or use stasis to get the same result. This however is slower than completing the puzzle.

There is nothing relevant in this shrine, so proceed normally to the end. It is possible to get out of bounds from the very beginning, but you then get blocked off by a too high wall.

From the little elevation provided by the starting structure, shield jump over to the closest candle to the end, and from there bomb boost.

Throw the ball from the beginning to its destination, then quickly do a Shield Bomb Jump to the platforms that are about to rise up. You'll be able to land before they do, which will let you reach the end.

A very easy but slower method consists on throwing the ball and before it's about to get placed in the hole, use stasis on it. Then run to the platforms that will rise up and wait for stasis to run out. When it does, the ball will continue rolling to the hole which will activate the platforms you're on.

With the Metal Box

This method skips the platforms that lead to the end and consists on dropping the metal platform in a way so you can jump on and off of it in mid air to make it to the end.

It is possible to skip the key of this shrine.

With Octo Balloons or Stasis

Thanks to the metal chest of the first room, you can either use stasis or octo balloons to jump on top of the walls and run straight to the end.

This method is much harder and isn't faster than the intended way. Use a small metal box to get on top of the first left wall. From there do a Shield Jump and land high on the starting structure. Carefully move through it and reach the right side of it. From there do a Shield Bomb Jump to reach the top of the right wall and then simply run to the end.

From the Starting Structure

Done optimally, this method is very fast, however that is very hard to do since it is very precise.

It is possible to get to the end by performing two bomb high jumps.

It is possible to skip the horizontally moving platforms of this shrine by raising up the metal block and using stasis on it before it fully lands.

Although useless, it is possible to skip this shrine's key by using octo balloons on the metal block.

Puzzle Skip with Stasis and the Metal Box

By letting go of the metal box in mid air and carefully using Stasis while it's falling, you can position it in a way so that you can jump on it and from there to the end.

Jump and activate slow motion. Shoot two bomb arrows in a way so it knocks the ball into its hole.

By moving the big metal box to the entrance and shield jumping on it, you can then jump on the starting structure and from there reach the level the ending is on thanks to another shield jump.

Using Stasis on the Sheikah Ball

Like in the Rin Oyaa Shrine, you can place the ball so it's gonna slide down and make it to its ending hole, but right before it does, stasis it and run back to the start. When Stasis runs out, the ball will continue moving and get placed in the hole which will activate the beginning platforms that will raise up with you on top of them.