Fireblight Ganon is the dungeon boss of Vah Rudania, the dungeon in Eldin province. As all bosses, the fight is split in two phases. 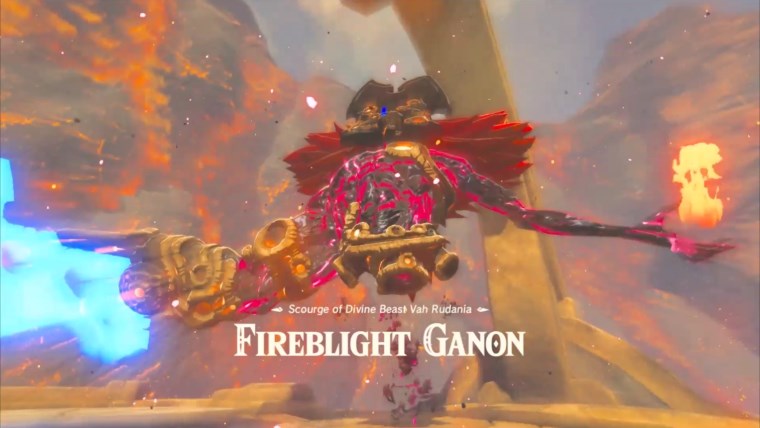 The first part of the fight follows the usual pattern. Close in on Fireblight Ganon, dodge his giant axe and do as much damage as possible with charging attacks. If he is too high in the air, keep dodging him until he is low enough or use Ice arrows to knock him down. Make sure to dodge his fireballs he shoots after every cycle.
After half of his HP is gone, the second phase starts.

The second phase starts with the boss sucking everything around him into a giant fireball. Throw a bomb at him which will get sucked in too and get under him. As soon as the bomb explodes Fireblight Ganon will get knocked down to the ground and you can attack him from melee range again.
After you did some damage he will return to the pattern from Phase 1. Use Ice Arrows to knock him down, rinse and repeat.