There are 7 shrines in the Ridgeland region. 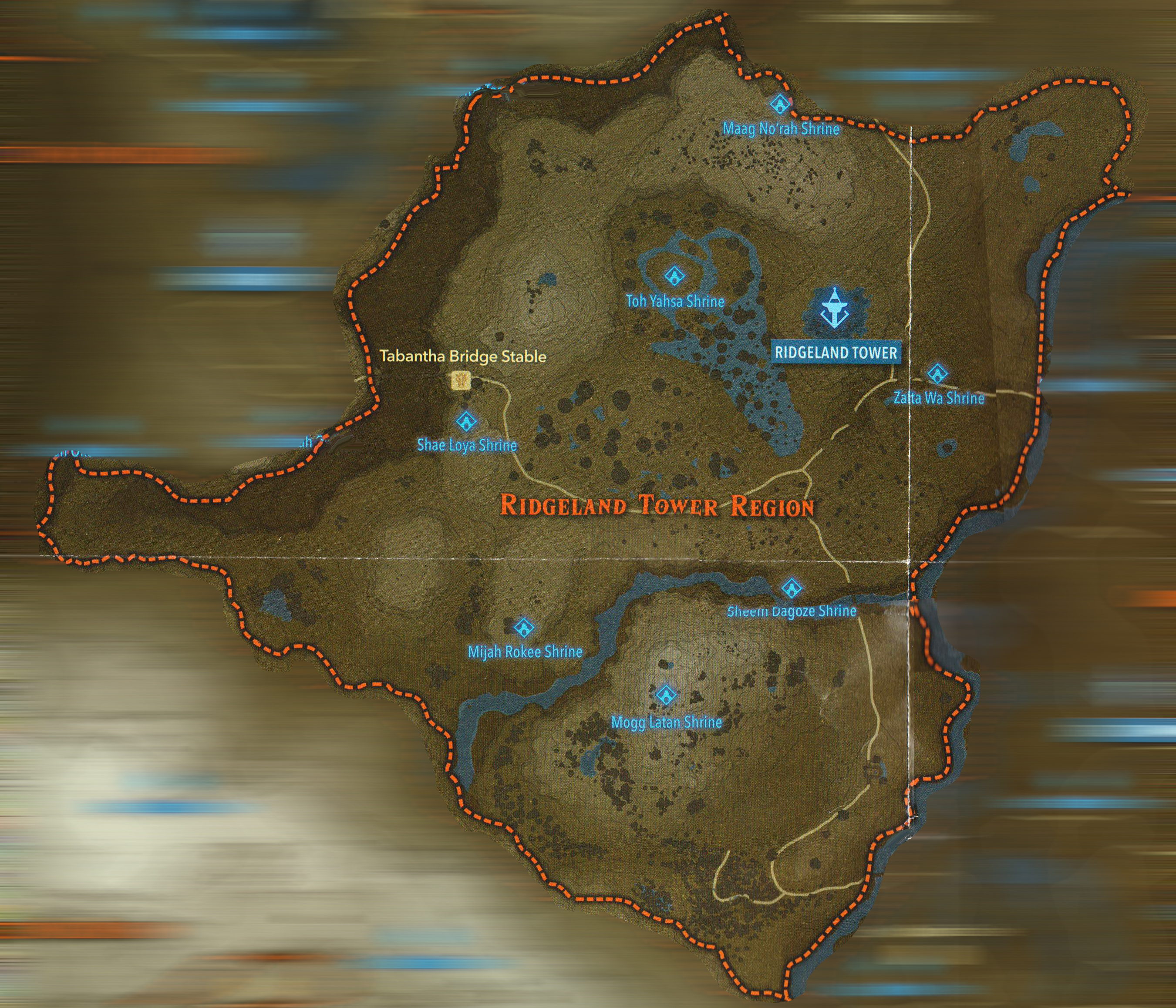 You can get launched straight to the end by using stasis on the bridge platform.

If you decide not to do the skip, this is the fastest method to beat the shrine.

Sadly, it is not possible to activate the switch without completing the puzzle, since even if the game doesn't show it, it is covered by a gate before you complete it. The fastest way to beat this shrine is by shooting a bomb arrow at the Sheikah Heirloom, although using stasis on it and then shooting two normal arrows will do as well. If you don't have arrows, a Spear Throw will work, and so will hitting the ball with the metal chest (or a metal melee weapon) thanks to Magnesis. Jumping to where the ball is and hitting it with a normal melee weapon is also a possibility.

Once you complete the puzzle, you can save time by skipping the launcher and shooting a bomb arrow at the switch from the floor. 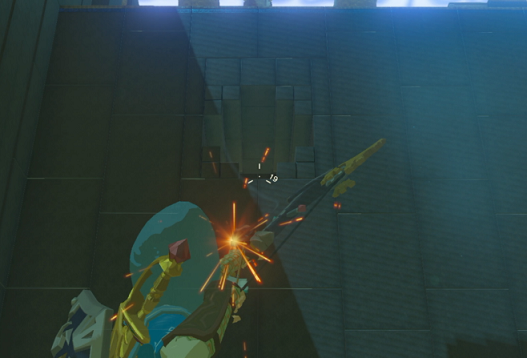 It is also possible to completely skip the puzzle of this shrine. It is not much faster, but what makes it interesting is the fact that it involves the metal chest, which contains a falcon bow (or a shallow bow, depending on the number of dungeons you've completed) that could be useful for other shrines in speedruns.

Grabbing the chest, opening it, and then using it to get on the ceiling of the shrine would be the optimal strat in an All Shrines speedrun. However, if you don't intend to get the falcon bow, this is not worth going for.

It is possible to entirely skip the puzzle of this shrine.

With a Shield Jump Bomb

Shield jump on the floor, and while in the air, remove your shield. Afterwards simply mash L to drop and detonate a bomb that will push you over the fence.

Drop a bomb, walk as much backwards as you can, fronthop, and do a jump attack and detonate the bomb at the same time. You'll go over the fence.

With a Turnaround Bomb Boost

Perform a Turnaround Bomb Boost around the railing blocking off the ending.

The previous method can be done without the need of a bomb boost, only using the paraglider.

With a Normal Bomb Boost

You can also do a normal Bomb Boost over the railing by jumping off of the elevation provided by the starting structure.

Jumping off of a Large Candle

Make it to the end by jumping off of a candle next to the fence.

Use stasis on the big metal box to skip the puzzle of this shrine and go straight to the end.

Hit the switch with either a bomb or a melee weapon. Right as you get launched up, jump. You'll get launched higher than normally and you'll be able to land up and run straight to the end.