There are 8 shrines in the Akkala region. 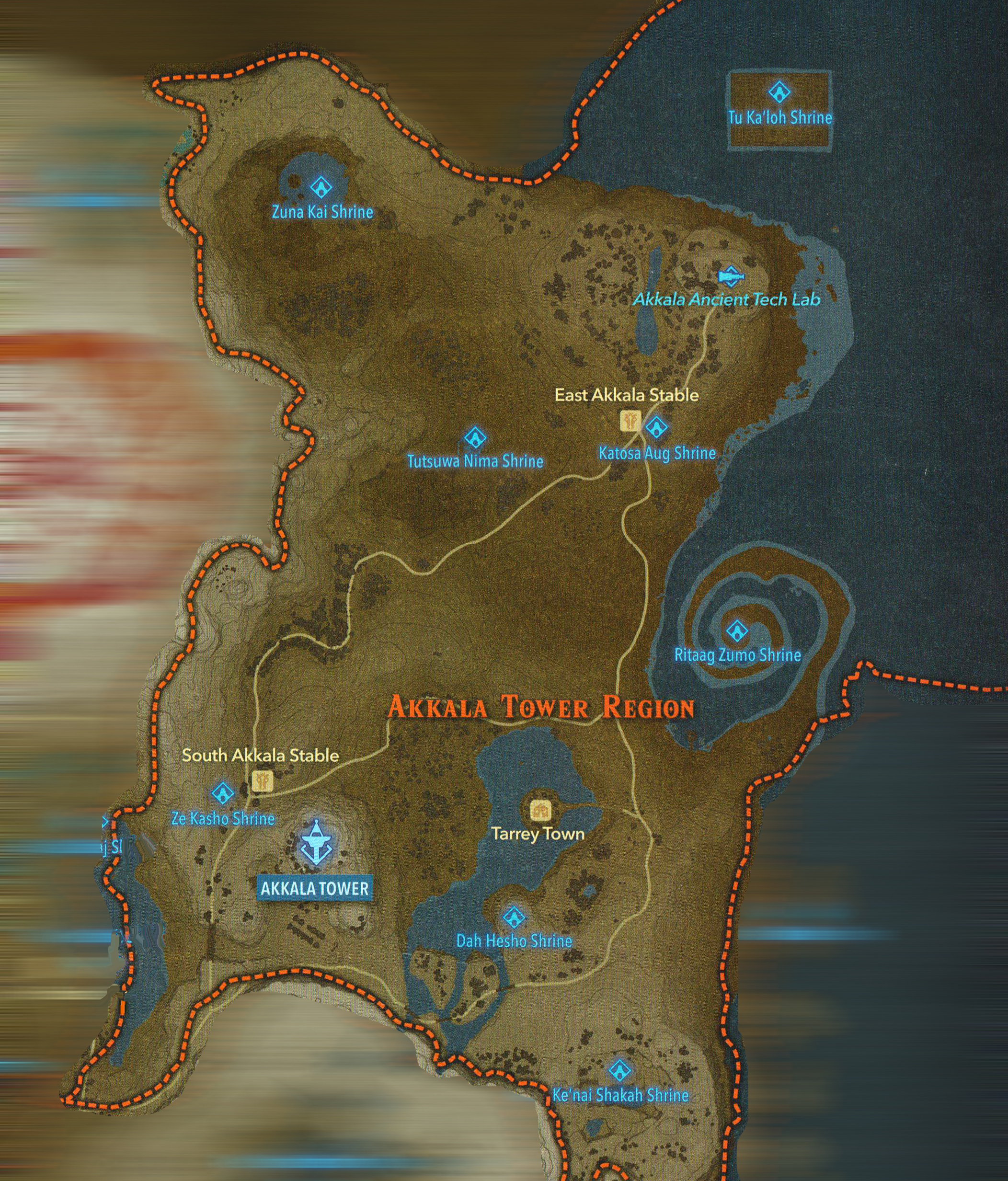 This is a Minor Test of Strength Shrine.

It is possible to Bomb Jump over the to the middle platform, skipping using the gryo terminal.

Sidehop for easy setup, then jump on top of and then off the lamp, then Shield Jump and Bomb Jump across.

It is also possible to make it across without jumping from the lamp, but it is much more precise.

From the raised ledge jump, glide and Damage Boost yourself to the center.

By using Stasis on the first terminal platform and shooting it with bomb arrows, you can fly straight to the end.

The initial gyro terminal puzzle can be skipped by jumping directly over the spikes with a standard Bomb Jump or by Shield Jumping on them. The lasers in the second room can be tackled by activating the switch and sprinting through, holding your shield towards the lasers and sidehopping past or by jumping straight over them assisted by a Shield Jump. The final gyro terminal can be skipped by Bomb Shield Jumping onto the railing, and then Shield Jumping onto the structure behind Link. From there, it is an easy jump to the ending. The Bomb Shield Jump can be a Shield High Jump instead, but you'll need the Hylian Shield.

It is also possible to skip the third terminal by jumping on and off of it with a pretty precise Shield Jump.

Another way consists on positioning the gyro platform in a way so, if you land on it, you'll be able to shield jump across the fence to the end. Make it over the railing with either a shield high jump or by jumpslashing and detonating a bomb right after, and get to the end thanks to the previously moved platform.